So in the making of the Bourne Legacy trailer title tutorial, I used and demonstrated CC Force Motion Blur, a pretty simple effect to add some manual or post motion blur. After using RE:Vision Effects’ ReelSmart Motion Blur for so long, I forgot how agonizingly slow previewing and rendering CC Force Motion Blur can be. RSMB is fast, but how much faster is it compared to CC Force Motion Blur? Is it worth purchasing a 3rd party plugin like RSMB to achieve a result that a stock effect could do in a bit more time? Let’s find out.

This is a test video showing CC Force Motion Blur and RSMB rendering the same composition. Both effects are set to their default values, no parameters were altered or changed. I sped up the rendering test so you guys wouldn’t have to watch the render queue for so long. Don’t worry, I still labeled the actual time at the end. Also notice the quality of each render towards the end and keep in mind of their render times.

The composition being rendered is 11 seconds long with a few instances of the CC Pixel Polly effect and of course the two different motion blur effects. The machine has a quad core i5 processor with 16GB of RAM. Nothing too speedy, but it should give you a general idea of the test setup.

So as you can see, RSMB performed a lot faster than CC Force Motion Blur, finishing nearly in half the time! This plugin could save you tons of time if you were rendering something a bit more intensive or longer like a 30 second 3D animation composited in After Effects, etc.

I also want to note that RSMB is a lot faster with RAM previews as opposed to CC Force Motion Blur, so if you’re going to do a lot of tinkering, RSMB will save you quite a bit of time. With the very affordable price tag and additional useful options such as Motion Sensitivity and Alt Motion Source, I think RSMB is an essential to a motion graphics designer’s tool of arsenal and is well worth the price. Overall, it’s simply just a better and faster plugin to achieve a very simple effect, motion blurs. 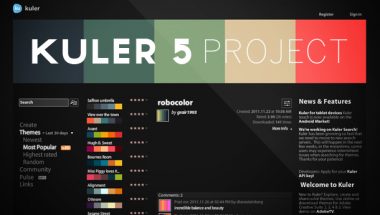 The Kuler 5 Project is a community project I want to start right here on CreativeDojo. Similar to the Five Second Projects by Nick Cambell… 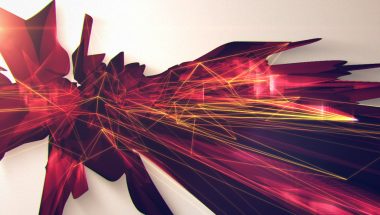 So as some of you may know, Peder Norrby, founder of Trapcode, announced and demoed an upcoming new Trapcode plugin called Mir and showed it…