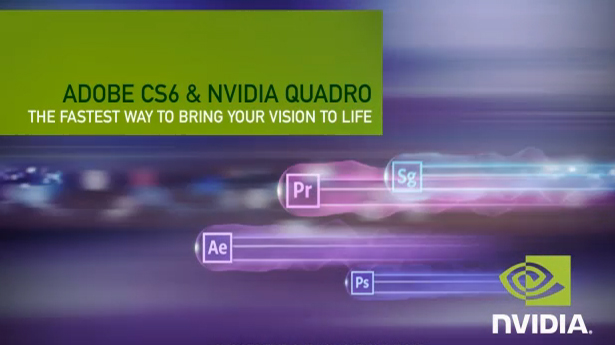 We are progressing to a day and age where the CPU isn’t the only workhorse anymore, no doubt about that. As more software and plugins utilize OpenGL and GPU power, the benefits of having a mid to pro level GPU skyrockets. Sharing the workload to the GPU is the future, something Chris from Mettle has been pushing at me for some time now, even before major GPU utilizing plugins like Element and Mir came out.

Just as I was getting comfortable with the Mac platform, Chris kept informing me how much more robust the Windows platform was with the GPU. I myself knew that quite well, but I thought the “lower tier” GPUs in Macs would suffice as the OS X ecosystem would make up for it. As the demand for GPU went up, so did the screaming from my Macs. I could not take it anymore, despite how much I hated to believe it. It wasn’t just the GPU though, I needed a stronger workhorse for my projects.

With Apple’s huge downfall in the professional industry, a Mac Pro just wasn’t acceptable. In fact, Stu Maschwitz did a great article talking about Apple’s shortcomings, Mac Pros, and some factors of switching to PC for more professional work in “Tall Computers.” After much thought, I decided to bring back my custom builds and trick one out again for more intensive work. Messing with electronic hardware, building computers, and picking out parts has always been a really fun hobby for me. In fact, just for the fun of it I’ll probably even go through and “Hackintosh” this upcoming new build of mine.

A Hackintosh is something I have a little experience in, but I’ve never actually tried to make one stable before. The parts that I’ve already ordered were chosen to allow as much power as I can afford in the PC platform, but also be Hackintosh compatible with working kernels, etc. Remember, my goal isn’t to make a Hackintosh, but rather to make a tricked out PC that is capable of running a stable version of OSX.

As of this time, I decided to go with an Intel Core i7-3770K Ivy Bridge processor (3.5GHz Quad Core, up to 3.9GHz Turbo) and a Gigabyte GA-Z77X-UP5 TH motherboard to allow easy overclocking, access to Thunderbolt and USB 3.0, and have compatible Hackintosh hardware. The GPU is still undecided as it’s the most important part of this build. For now, my eyes are set on a GeForce GTX 680 but that will most likely change to a better card. These aren’t “insane” hardware that will suit a production studio’s needs, but it’s a small project that will definitely put my Macs to shame.

By moving away from the more outdated, lower end GPUs imprisoned in Macs, I’ll be able to (hopefully) boost my workflow speed, handle GPU heavy plugins smoother, utilize CUDA for Premiere’s Mercury Playback Engine, and ultimately have more fun messing around and swapping/upgrading hardware. The options with Apple is running out, especially when it comes to upgrading to a better GPU.

A lot of factors have played a role in persuading me to switch. One being the sluggish performance with Element’s AO and anti-aliasing, second being some weird rendering issues with Mir and ShapeShifter due to my Mac’s crummy GPU. I’ve learned quite a bit about the GPU workflow lately thanks to Peder (Trapcode) and Chris (Mettle), and I’ve decided to do something about it finally.

Although I know most of my Dojo followers are primarily here for tutorials and articles, I know some will be interested in the process of building an “optimum” mid-workstation with Hackintosh capabilities. If I get enough positive feedback, I’ll definitely post some progress and benchmark updates here on the blog to keep you folks entertained. In the meantime, if you’re rocking an Integrated Graphics or mobile GPU, you’ll definitely want to consider jumping ship.