Clean Your After Effects Disk Cache 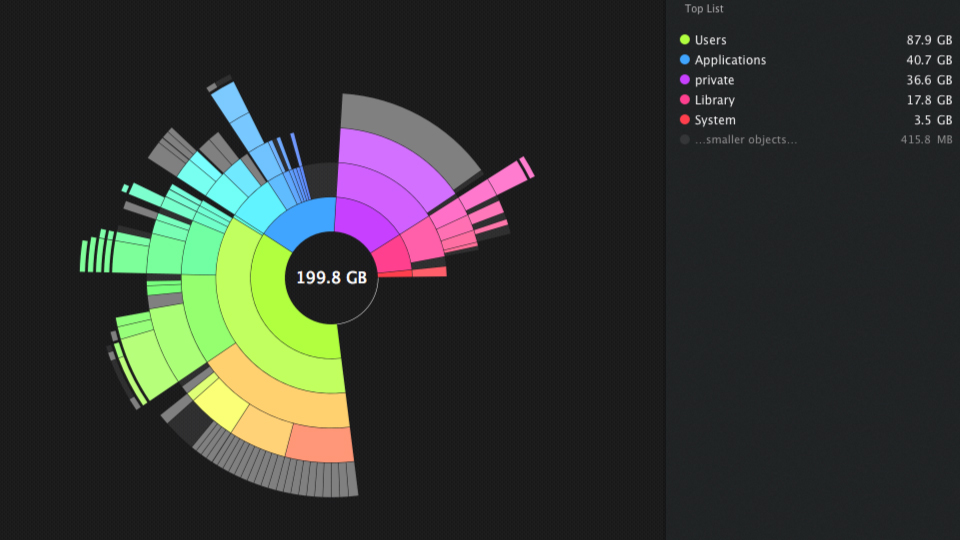 The After Effects’ disk cache system is something I really appreciate when working with large complex projects. Although most of the magic is done behind the scenes, it still plays a critical role in the After Effects workflow, saving a ton of previewing and rendering times. When I think of the word cache, as some of you 3D guys may know, I think of a ton of large files set aside somewhere. When doing 3D simulations such as smoke or liquid simulations, you’re working with caches all the time so it’s kind of hard to forget about them. Since After Effects does caching in the background, I find that a lot of users sometimes forget that things are piling up behind the scenes.

For those of you who may not be familiar with After Effects’ disk caching, let me briefly explain how it works:

Essentially, when you process and render frames (such as with a RAM preview), After Effects will try to save those frames and information onto your disk. That way, After Effects will be able to call and re-use that information if it needs to a lot faster. So if you  make changes and want to revert back to your original changes, After Effects won’t have to re-calculate everything, it can just re-use the info from the cache. If you’re using AE CS6+, you’ll have global performance cache and persistent disk cache that will intelligently help you save more time in your renders. 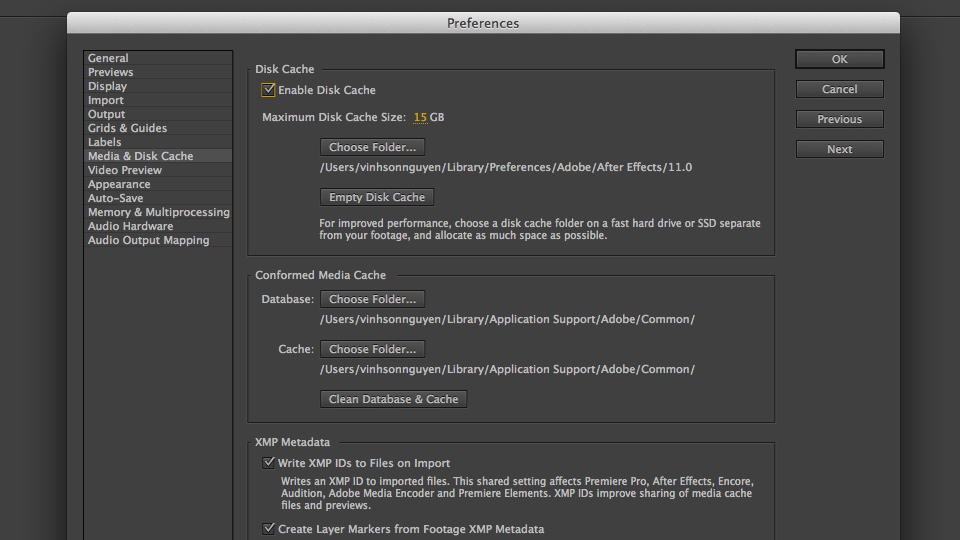 As I said before, sometimes these caches get really large without us realizing it. To clean your disk cache, head over to your After Effects Preferences, go to Media & Disk Cache, then hit Empty Disk Cache. A few people reported that this didn’t necessarily delete the files off their drives, and this could be for a multitude of reasons such as whether you’re still using the cache files or not, etc. You can also manually clean your cache by going to the folder and simply deleting the files. Believe it or not, some people have disk cache folders that are 100GB+, some which they may not even need anymore. Since there currently isn’t a way to automatically clean caches (for good reasons), you’ll have to do it yourself.

Some tips on cache drives: Make sure you use a fast drive such as an SSD with a lot of storage space. If possible, use a drive that is separate from where your footages are to take advantage of the throughput of the drives. The faster the drive, the faster AE can write to those drives. If you’re tight on space, try lowering the Maximum Disk Cache Size to an appropriate amount.

So how much space did you save on your drive by cleaning your caches? Let me know down below! If this article helped you out, feel free to share it with others. 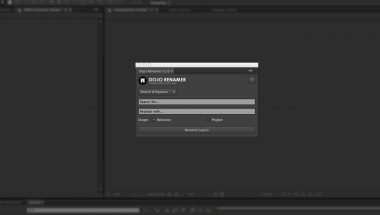 Ever had to rename a bunch of layers in After Effects just to keep them organized? Sometimes simply overwriting layer names isn’t enough, sometimes you… 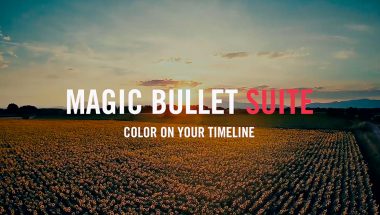 Red Giant released Magic Bullet Suite 12 recently, which is a hefty and much welcomed update to the popular coloring suite for various host applications. Note, this…