So I was browsing around and saw Nick Cambell’s 5 Second Project, this time it was “Nothing but Cubes”. Interestingly enough, I love animations with primitive objects but never had the time to experiment much with such simple shapes. Well what the heck, it’s only 5 seconds. This animation took about 30 minutes and  I’m sure some of you are interested in how I created it.

Well, I’m not going to write up a whole tutorial on how to do all this yet, but I will give you a brief idea and description on how I generally pulled this off. (Wouldn’t want copycats before the 5 Second Project ended now!) I wanted to do the whole animation in After Effects, partly because I’m a lot more comfortable in After Effects as opposed to Cinema 4D. By going the AE route, it was going to be a lot harder to make up for lack of reflections, shading, shadows, etc, so I had to come up with my own solution. 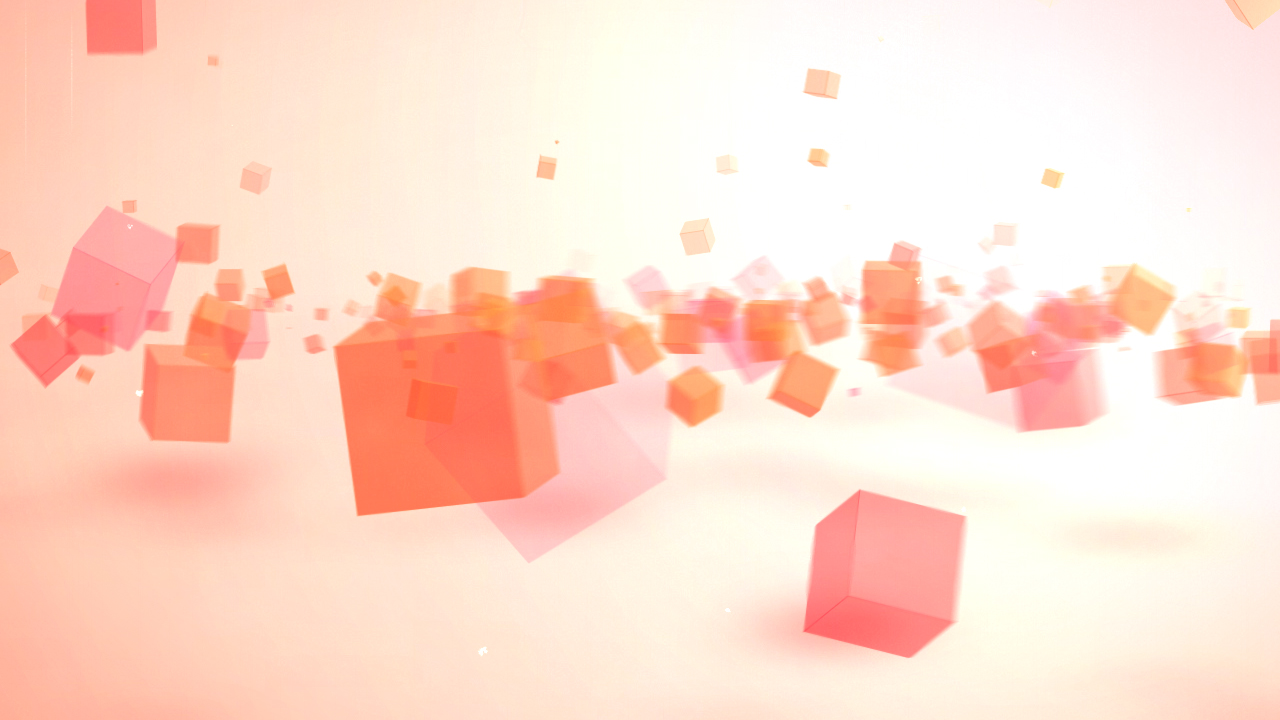 The cubes were first generated and shaded with a basic particle system in AE. There I controlled all the physics and movements of the cubes. I then generated a second particle system to display on the floor, acting much like a reflection. Instead of using it as a reflection, I tinted it black and blurred it out to create some ‘fake’ shadows under the cubes. By doing so, the shadows gave the animation a much more 3D feel, something you would definitely expect in a Cinema 4D render. 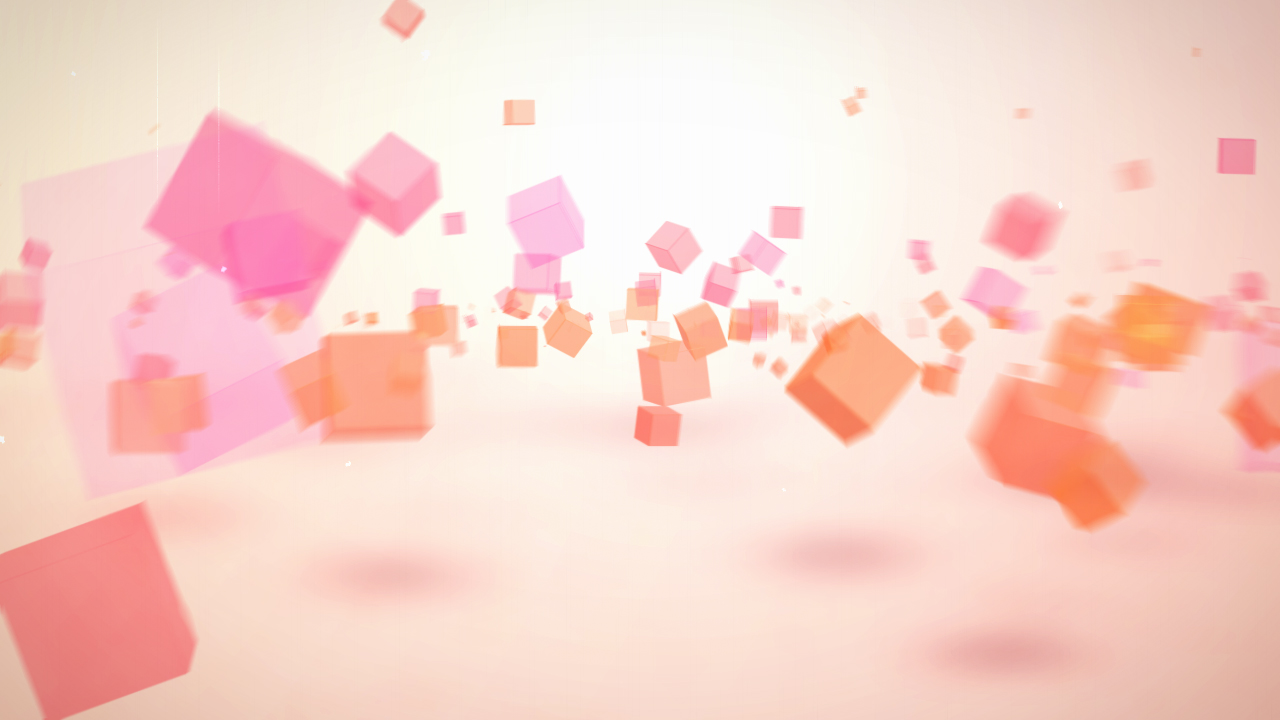 With such a volumetric space, depth of field with the camera was a must. Unfortunately, I don’t think the particle system I was using supports the camera’s depth of field, what a drag. I decided to fake it by adding some fog in the distance which would faze out the cubes in the background. Motion blur was also a problem, but nothing RSMB couldn’t fix. RSMB is a great motion blur plugin that renders extremely fast and contains pretty convenient controls. Adding the motion blur was like adding the icing to the cake, it really blended things together and made it extremely more realistic considering everything was moving very fast. 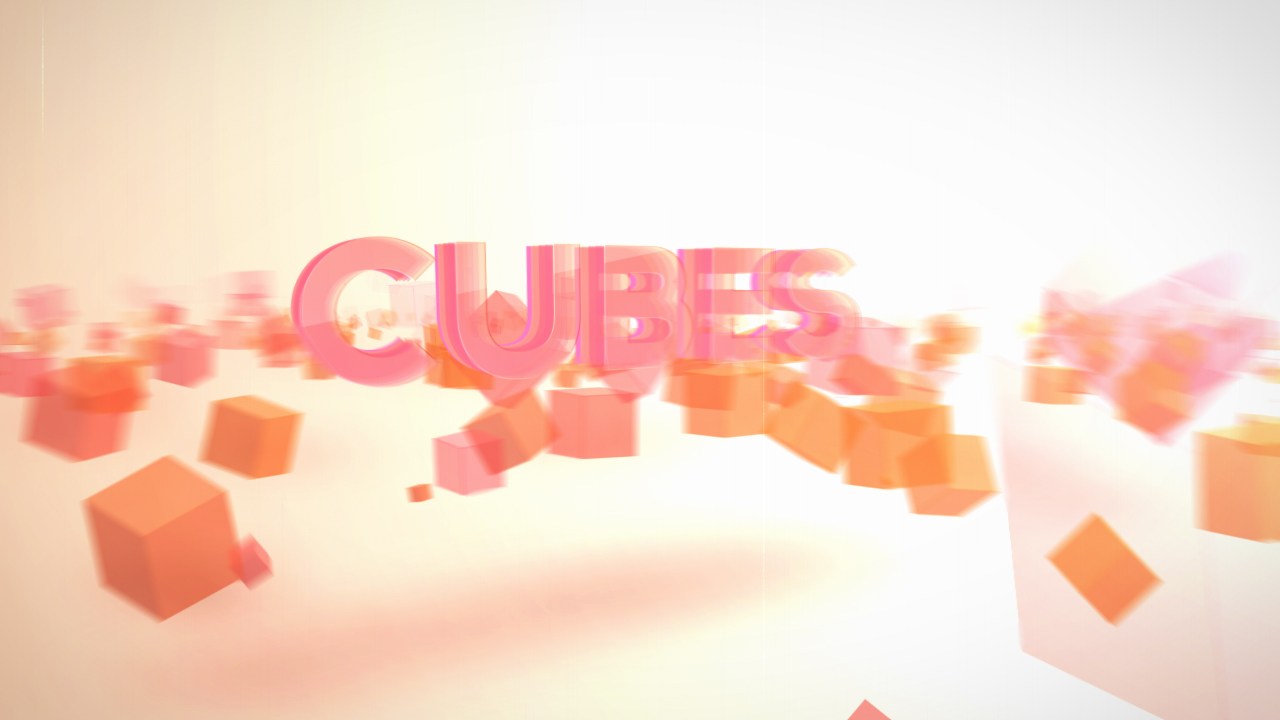 Lastly, I wanted to finish the animation with some text or logo that would display the theme. CS6 isn’t out yet at the time of this post, so creating some neat 3D text in After Effects alone isn’t the easiest thing in the world. By displacing a few layers and messing with the opacity/bevels, I was able to achieve this pretty neat 3D text that matched the scene pretty well. Yes, everything was created 100% in After Effects CS5.

To polish the whole thing, I added a nice gloss reflection to the 3D text as you can see, it gives the whole text a finished feel. I added some bright warm flares to somewhat simulate light leaks/ambient lighting, added the text shadow, color correction/grading, and applied Misfire for all the extra vintage junk. (just for the hell of it). In a nutshell, that’s pretty much how I created this 5 second animation in about 30 minutes. I must admit, it was quite the fun and I need to experiment around more often.