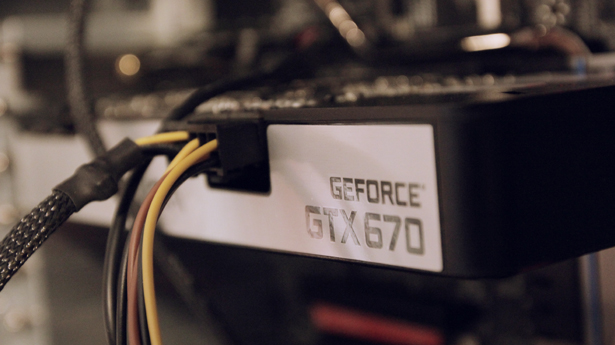 I recently did an article on GPU acceleration and ultimately mentioned that I’ve decided to build a new computer for fun to see how much better it preformed with a proper graphics card opposed to the current Mac lineups. After ordering parts, assembling them, and installing proper drivers, here are the results.

Before I get into the specs, note that this isn’t suppose to be a Mac Pro replacement, it’s simply a decent custom build (a bit over $1000) that most of you could probably afford. The goal is to get a sense of differences in performance gap between a fairly moderate PC compared to an equivalent Mac, whether it be a iMac or Mac Pro, you decide. 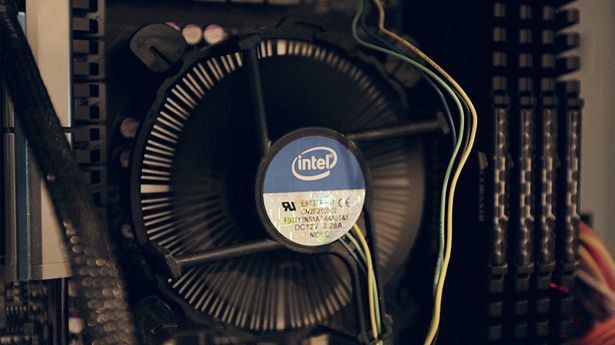 First, we have the Gigabyte GA-Z77X-UP5 motherboard which supports USB 3.0 and Thunderbolt, a pretty awesome feature to have when transferring a lot of large files. Next is the Intel Core i7-3770K Ivy Bridge (3.5GHz) processor, with quad core, over-clocking abilities, and turbo boost up to 3.9GHz, this fairly decent processor does a great job at handling demanding work. The main show is the GeForce GTX 670, with 2GB 256-bit GDDR5 and 1344 CUDA cores, this GPU is amazing at handling all those GPU plugins like Element 3D and ShapeShifter while maintaining a decent budget. Finally, we have 32GB of DDR3 1600 RAM, standard CD-ROM drive, and a Crucial M4 256GB SSD.

As mentioned earlier, I will most likely be using Windows 7 64-bit on this computer as GPU compatibility and drivers work much more efficiently. On the 2nd hard drive, I have a 100% functional Mac OSX Mountain Lion installed (Hackintosh) which supports my hardware quite well. (OSX is on there just for the heck of it. I wanted to have some fun!) In total, all the hardware came at roughly $1479.95. (This includes the PSU, case, fans, etc).

Compare those benchmarks to:

If you guys would like to see other benchmarks, let me know!

Although this isn’t the most powerful PC on the block, it definitely performs very well, especially compared to mid-level Macs. Yes, the CPU isn’t the greatest (8 total cores with hyper-threading), it definitely does suffice. The main game changer isn’t the CPU though, it’s the GPU. By adding in a upgraded graphics card, the boost in performance definitely skyrockets compared to the standard GPUs included in upper iMacs/MacBook Pro Retina. (No, not the Intel ones, the ATI/NVIDIA ones). This simply demonstrates that adding a moderately priced GPU can definitely boost your workflow fairly easily, all it takes is an upgrade. If you’re stuck running an iMac/MacBook Pro which can’t be upgraded GPU wise, you may want to look into PCs if you’re running graphical intensive stuff. GPU acceleration is simply the future in this industry, jump ship now so you can get a head start.

Passmark is a great site to compare graphics cards/CPUs so you can get the best performance for your buck. Definitely check it out if you’re planning to upgrade anything in your build. If you guys have any further questions or comments, feel free to leave them down below, I’d love to hear them!