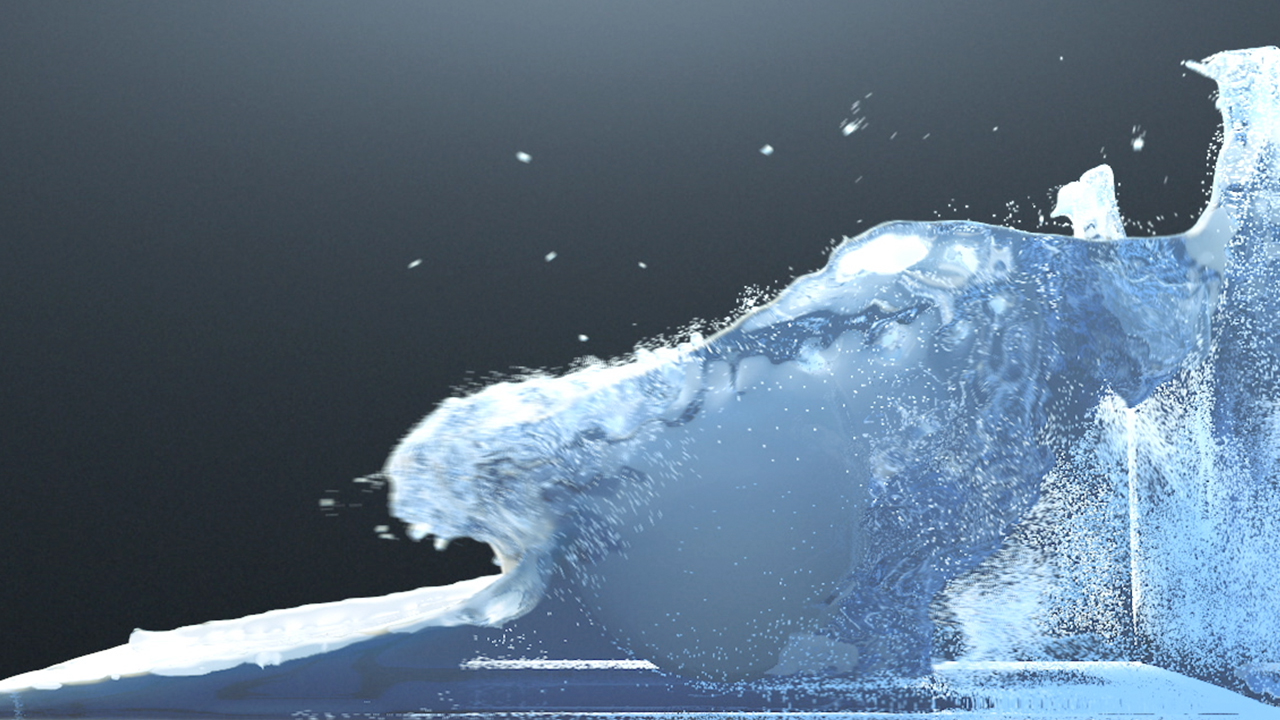 After a bit more experimenting, I tried to create something a little bit more specific as opposed to just a ton of bursting particles. In this experiment, I tried and tackled liquid simulations as that’s one of the many unique characteristics of X-Particle’s particle system. Overall, I was somewhat happy with the results of the water and how easy it was to set things up.

Render time was 5hrs 14min at 720p on a i7 3770K 4.0 GHz, 32GB of RAM. The liquid simulation rendered surprisingly faster than I had expected. X-Particles was emitted using a sphere emitter, with about 12,000 particles. Foam was used as a second spawn emitter. The whole thing was lit using the default Physical Sky. Motion blur was then added in After Effects, where color correction and grading was done. 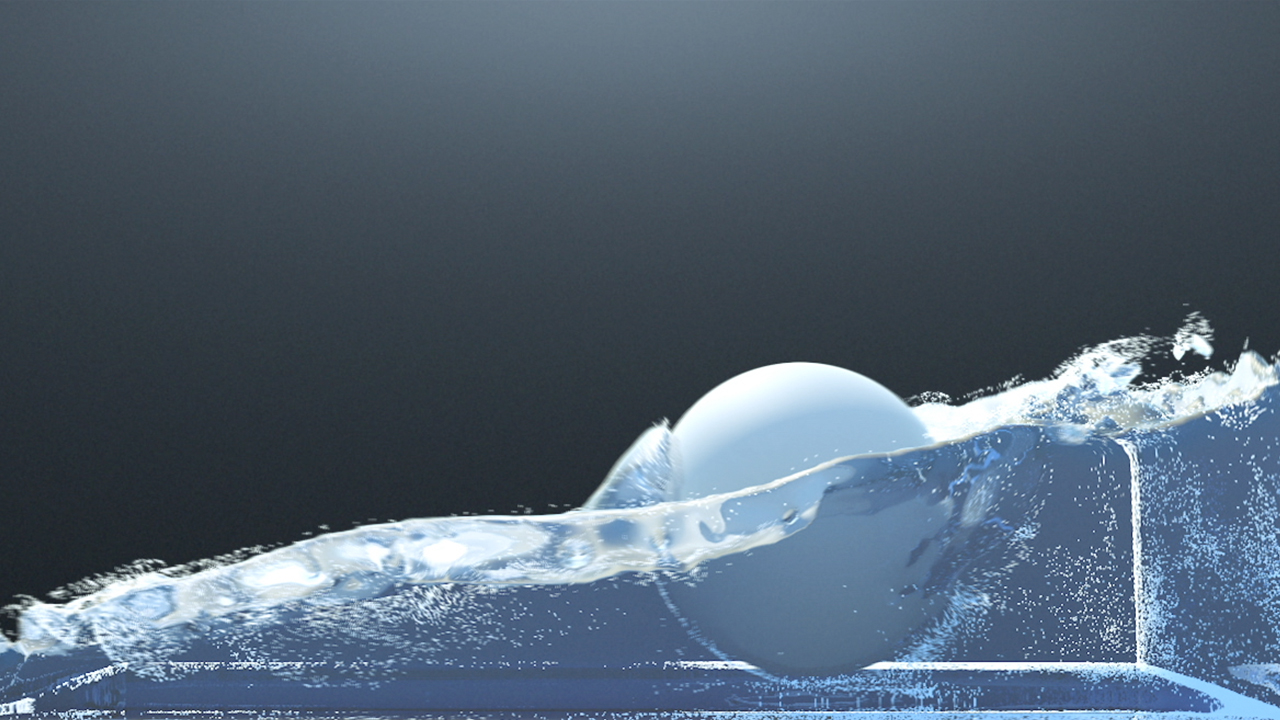 It’s surprising that a particle system like this can simulate pretty decent liquids. Although it isn’t like Realflow, it can get a lot of the task done that would usually be done in Realflow. I wasn’t happy with the foam in this render, it seemed too much like particles and less like a cohesive bubbly foam (though motion blur helped with that). X-Particles is extremely fun to play around with and I can’t wait to keep experimenting and create cool stuff.

One thought on “Liquid Simulations with X-Particles v2.5”